How Live Free Armory Came To Be
{{cart.numItems}}
View Cart
CART
Total: ${{cart.grand_total_pre}}
Checkout
ATTENTION: If you are shipping to Hawaii or Alaska please call us at (407) 891-1255 and place your order over the phone due to significantly higher shipping costs. Thank you.
Home
Shop
Our Story
Capabilities
Support
Contact
Dealer Login
Dealer Signup
Newsletter Signup 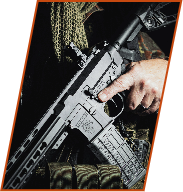 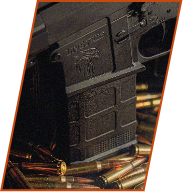 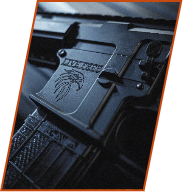 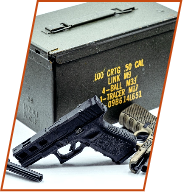 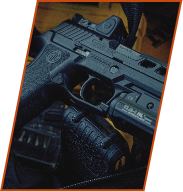 Chris Riedeman is the founding member of Live Free Armory. He is a veteran of the United States Army, a former law enforcement officer, and competitive rifle shooter. Around 2013, he became frustrated because he couldn’t find an accurate AR10 rifle in .308 that didn’t break the bank. Chris knew he could do better and set off to build a MOA rifle at a reasonable price.

Chris developed an AR10 that could shoot consistent MOA with match grade ammunition. Further testing showed it did well with certain premium brands as well, and his rifle began to draw a lot of local buzz. He showed his AR to the competitive shooters, law enforcement officers and military personnel that he knew personally. They shot it, loved it, and each wanted to know when they could buy one.

Using this inner circle of friends as his first customer base, in 2014, Chris turned his idea into a business. Chris started building AR-styled rifles from his home in Saint Cloud, Florida. The fact that he offered some minor customization added to the rifle’s appeal — you could now choose between Cerakote color, barrel length, stock options, grip choices, and different muzzle breaks. His rifle found a sweet spot somewhere in the middle between a box store and custom shop, and demand soon went through the roof. So, he decided that he had to hire and train an additional two armorer/builders.

During this initial build up phase, Chris’s reputation drew the interest of a young, up and coming aerospace engineer who worked in manufacturing named Colby Santaw. Luckily for Chris, Colby was not your typical aerospace engineer who wanted to work for NASA. Instead, he came from a long line of engineers that have owned their own manufacturing companies, or worked Ruger and Sig Sauer. Because of this, Colby grew up running and programming the very CNC milling and turning machines that were needed to take Live Free Armory into manufacturing.

Colby was hesitant at first because he was already in manufacturing fulfilling contracts with Ruger. So, he decided to collaborate with Chris on a few projects to test the waters — after about a year, Colby became a full partner. With Colby’s help, Chris’s home-grown company was now on its way to becoming something more.

Four months after teaming up with Colby full-time, Live Free Armory was in hyperdrive. In 2016, the transition was made from Chris’s garage to a 2000-square foot bay not too far from Chris’ home in Saint Cloud, Florida. LFA’s employees grew to six in order to handle all the orders for AR15/AR10 rifles, carbines, and pistols. A web page and a handful of dealers later, Live Free Armory wasn’t local anymore, but selling across the entire United States.

To be clear, everything wasn’t a bed of roses. Keeping their “Made in America” promise started to become a problem. Components that were supposed to be MilSpec weren’t; raw materials were being mislabeled; and more and more cheap, foreign knock-off parts were creeping into the supply chain. Finding American made parts at reasonable prices was getting harder to do. Live Free Armory was at a crossroads because it did not want to sacrifice its reputation just to turn a profit.

A decision was soon made that LFA was going to stop worrying about questionable vendors and become a manufacturer. To Chris and Colby, the only way they could guarantee success by making American and keeping prices down, was to do the manufacturing themselves.

It wasn’t long before Live Free Armory outgrew the Saint Cloud facility. Though Chris and Colby wanted to stay in Saint Cloud, there was nothing available that could accommodate the power needs for the growth of the company. Live Free Armory is now located at 680 N John Rodes Blvd. Building D, Melbourne.

The original six person staff moved with the company and helped form the core group that has provided leadership, training, and mentoring to the new staff that now numbers under 40. Three of the original six remain. They are all in leadership positions and help manage the company.

Fast forward to today, and Live Free Armory’s West Melbourne facility is bulging at the seams with CNC milling, turning, deburring, finishing and testing machines, and equipment. The demand for quality American made manufacturing shifted LFA’s focus from selling completed firearms to manufacturing component parts. Though Live Free Armory still sells a limited number of rifles each year, the completed firearms program has taken a back seat to other projects.

Live Free Armory now makes OEM parts for over 100+ well-known companies. For example, you have probably already seen many of our replacement slides, handgun barrels, and handgun compensators, but due to non-disclosure and confidentiality agreements, you don’t know we made them.

Live Free Armory is an ISO9001:2015 and AS9100 compliant company where quality is Job Number One. If there are any lessons to be learned from its journey so far, it’s this: if you want to be successful at manufacturing, run your operation as if everything you were manufacturing is for yourself or a loved one. Another thing Live Free Armory has learned, is that hiring the right people makes all the difference in the world. Every member of Live Free Armory is either a veteran, a former law enforcement officer, a competitive shooter, hunter, or avid firearms enthusiast. Everyone at Live Free Armory, regardless of background, is an avid supporter of the 2nd Amendment, and ultimately, an end user of the types of products we manufacturer.

Live Free Armory has a design and development component to its manufacturing, which can help companies design and develop their own products. Our design team can take an idea and develop it through to full production — our engineers design it and our experts test it. LFA recently expanded its engineering design team, has trained more programmers, and added more set-up specialists to meet the growing demand for our services. Success creates more success, and Live Free Armory has no intention of slowing down any time soon.

Live Free Armory is working hard to bring about its own name brand products again. We will continue our philosophy that quality doesn’t have to cost an arm and a leg, and continue our commitment to quality. It is Live Free Armory’s goal to become a top tier manufacturing center for the firearms and defense industries, continuing to be the experts behind the brands you trust.